The Media Relations Office handles a variety of media inquiries and requests, which total in the thousands each year. The office is responsible for the dissemination of all written media releases issued by the police department, which total several hundred each year (see the News section of this web site). The office also advises officers, when necessary, in interacting with media representatives.

The Media Relations Office oversees the police department's awards program, which annually bestows awards to deserving officers and citizens. The office also handles a variety of other tasks as requested by the Chief of Police.

Questions regarding the content of media releases or the Media Relations Office may be directed to police department's Public Affairs Manager. 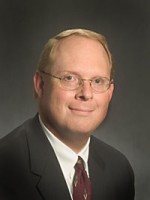