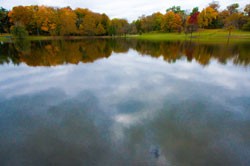 Shelby Park is a 300-acre multi-use park just two miles from Downtown Nashville along the Cumberland River. Including Shelby Bottom Natural Area, the park expands to over 1200 acres and features:

Shelby Park is open daily from dawn to 11 p.m. 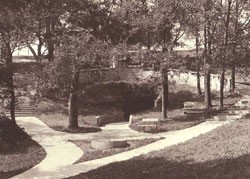 The land that is now Shelby Park (and a large portion of historic East Nashville) was once owned by James Shaw, who sold the property to David Shelby in 1788. In 1818, David Shelby gave the land to his two sons, Dr. John Shelby and Anthony Shelby as a Christmas gift. Before the day was over Dr. John Shelby purchased his brother’s half for $2,500. Dr. John Shelby became a pillar of the community that was then considered the city of Edgefield (East Nashville). Several locations bear his name such as Shelby Street, Shelby Park, and Shelby Street Pedestrian Bridge, which is now a part of Metro Parks’ Greenway system.

Around the turn of the century (nearly forty years after Dr. John Shelby’s death) the land that was called “Shelby Park” was owned by a real estate development company that operated an amusement park on it. When the company went bankrupt in 1903, the park board investigated it as a public park, but deferred action as a result of opposition from East Nashvillians.

In 1909 the Park board purchased the first 151 acres of the park from the creditors of the bankrupt land company for $40,000. Although public support existed for naming the new public space “Riverside Park”, the original name of “Shelby Park” was retained by the board. Shelby Park opened to the public on July 4, 1912.

Today the park includes over 336 acres of land and is celebrating its 100 year anniversary!

In 2009, Metro Parks, along with hundreds of neighbors, stakeholders and interest groups, embarked on a first-ever master planning process for Shelby Park. The resulting vision for the park will guide future investments in this important civic space, and maximize the park's potential. Metro Parks looks forward to continuing our partnership with the community on implementation of the master plan. 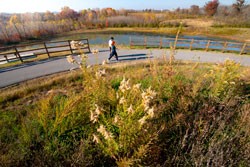